As a connected city with deep cultural, social, technological and logistic resources, Alpharetta is setting the standard for what city life will look like as we move through the connected decade.

The Alpharetta Development Authority is a seven-member board appointed by the Alpharetta City Council with the goal of fostering commerce and growth within the City of Alpharetta.

Statement of Purpose: is granted powers and jurisdiction through the State of Georgia General Assembly and a resolution adopted by the Alpharetta City Council on September 3, 1996. The function of this Authority is to promote the public good and general welfare, trade, commerce, industry, general tax base and the employment opportunities available in the City of Alpharetta. 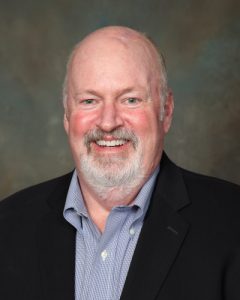 Jack Nugent has been in the commercial real estate industry since 1987.  He is a director for Meridian Realty Consultants, Inc. of Philadelphia with its Atlanta office, where his major focuses are on due diligence, lease audit & review, property transitioning, and property management consulting.  He has previously served as controller for Faison & Associates of Atlanta, Director of Lease Accounting for DeBartolo Properties Management and principal at Lashner, Rush & Associates.  Mr. Nugent has worked within the organizations of many of the leading owners and managers of commercial real estate in the country on long term consulting assignments, providing expert testimony on CAM and industry standard practice related issues.  He has served on the board of directors of the Atlanta Chapter of NAREC and was previously Financial Management Committee Chairperson for NAREC for the national organization. He is a graduate of Temple University with a degree in accounting and is a certified public accountant.  He is a member of the faculty of The International Council of Shopping Center’s (ICSC) University of Shopping Centers School of Operations and Marketing, its Finance and Accounting for Non-Financial Shopping Center Professionals Program and the China Institute for Retail Real Estate Education (CIRREE). 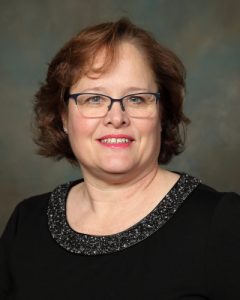 Jill Bernard is originally from Michigan, moved to Georgia in 1989 and made Alpharetta her home in 1990. She was a stay-at-home mom when her two boys were in school, volunteered with the PTA and her church and helped with the family business when needed. She received her real estate license in 2012 and broker’s license in 2019. She currently works for Atlanta Communities as a residential Associate Broker and agent and is the team leader for Southern Porch Homes. She has held positions on couple of different commissions for Alpharetta, Natural Resource and Planning. She lived in the Windward development for 25 years, was active in her HOA and served on the modification committee. In 2016 she moved to downtown Alpharetta and remodeled a 1967 ranch where she currently resides with her two sons- Harrison and Jackson, and her two dogs- Bailey and Bernadette. 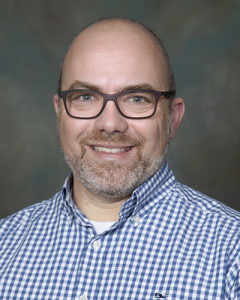 Shawn was born and raised in Warrensburg, MO (home of the expression “Dog is man’s best friend”).  He attended Southwest Missouri State University (now Missouri State University) where he majored in Socio-Political Communications and minored in English.  He moved to Atlanta in 1997 to attend Emory University School of Law.  Shawn graduated in 2000 and spent the next eight years in private practice in Georgia and South Carolina with an exclusive focus on construction law.  In 2008, Shawn and his family moved to Alpharetta; and he accepted his current position as General Counsel of Choate Construction Company.  Shawn is a member of the Alpharetta Rotary Club; a member of Mt. Pisgah United Methodist Church, where he teaches classes and serve on the Board of Trustees; and is passionate about the special needs community and the growth and success of Alpharetta.  He is married to Bess Allen, and has two children (a daughter, Harper who is 14; and a son, Boone, who is 13).  His current hobby is school (he will complete an M.Div. at Asbury Theological Seminary in May 2021), and he also loves tennis, photography, traveling, reading, cooking, and the Kansas City Chiefs. 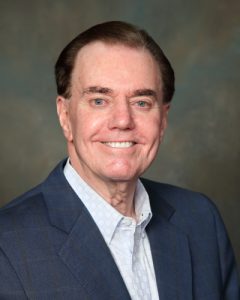 President and Chief Executive Officer of Chatham Holdings Corporation, Chatham Neighborhoods, and Chathambilt Homes, David Chatham has been building and developing in Metro Atlanta since 1972. Chatham Holdings Corporation, which was founded by David’s father, Howard Chatham, in 1948, has built more than 5,500 new homes and developed more than 150 neighborhoods in the Metro Atlanta area. The company was recently honored by being named the Georgia Family Business of the Year by the Cox Family Enterprises Center. Chathambilt Homes was named Builder of the Year by Southern Living Magazine for 2020.

In addition to building and developing neighborhoods, the company has also developed numerous shopping centers, office buildings and warehouses.

David was also the recipient of the Greater Atlanta Home Builders Association Lewis Cenker Award, the highest honor given by the Association, for his contribution to the building industry. David and his father, Howard, are the only father and son team to have received this award.

David currently serves on the Alpharetta Development Authority. He recently retired from the Board of Directors of CoreLogic (NYSE: CLGX), a leading provider of consumer, financial and property information, analytics and services to business and government, after 31 years. David has also served on the Board of Directors for the Southern Living Builder Program. In 1990, he was selected as an outstanding alumnus of the University of Georgia’s Terry College of Business and has served as lecturer and practitioner for the School of Real Estate at UGA. He is a Trustee Emeritus of the University of Georgia Foundation.

David is active in community service, and served on the boards of North Fulton YMCA, Isakson/Alpharetta YMCA and Metro Atlanta YMCA. He has also served on the Greater Atlanta Developers Council and the Business and Industry Policy Council for the State of Georgia and is a Leadership Atlanta Alumnus. He is currently a Trustee of Kings Ridge Christian School as well as a deacon at First Baptist Church of Alpharetta.

David holds a BBA from The University of Georgia, with a major in real estate and urban development. He has also completed the Wharton School of Management’s Family-Held Corporation courses.

David has been married to his wife, Rhonda, for 45 years, and they have 3 sons and 9 grandchildren. He spends much of his time with his family and on various civic and church-related activities. He also enjoys golf and traveling in his free time. 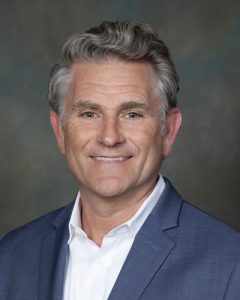 John holds a B.A. in Political Science from the University of Georgia and an M.S. in Medical Informatics from Northwestern University. 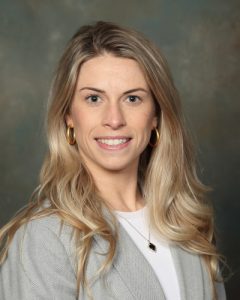 Morgan is an Associate with Colliers International Office Services Group, specializing in tenant representation. She joins a team of four partners with a combined total of 100+ years of industry experience. Building upon the strength of her intense work ethic as a former student-athlete, Morgan takes a holistic approach to delivering real estate solutions that align with her clients’ business objectives. She draws on her team’s experience, world class research of Colliers International, and market expertise to deliver winning outcomes for clients ranging from Fortune 500 companies to growth stage startups. 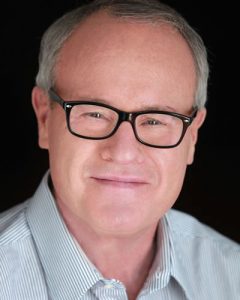 Mr. Wingate began his financial services career in 1972 at the First National Bank of Atlanta in the BankAmericard division, known now as Visa as he was continuing his education at Georgia State University. He has been in financial services for over 40 years holding senior and executive management positions at Visa, Equifax and his own consulting firm. His experience extends from card management to transaction processing software applications where he worked with an array of clients around the world.

During his career, he was a host and presenter at numerous industry events. He has been on panels of experts ranging from marketing to operational efficiencies in payment services. In the mid 2000’s, he transitioned into his own consulting firm assisting clients with turnaround efforts and effective management.

Currently his focus is with the Aerospace Industries Association as an Executive Consultant and senior citizen advocacy organizations. Mr. Wingate is very involved politically and civically serving on the Fulton County Board of Registration & Elections, the Chairman of the Fulton County Republican Party’s Chairman’s Council and House District 49. He is a Board Member of the Alpharetta Development Authority and United Seniors for America nonprofit.  He resides in Alpharetta, GA, has three grown children and four grandchildren.

The City of Alpharetta is a full participant in the local tax abatement program coordinated through the Alpharetta Development Authority. This program is designed to lower the real and personal tax liability on the value of new investments made in Alpharetta and can provide significant savings.

The Alpharetta Development Authority stands ready to issue revenue bonds for financing projects that will have a significant impact on the City of Alpharetta in terms of job creation and capital investment.